President Obama made an announcement this week that is a huge victory for young undocumented Latinos in the United States.

The Commander-in-Chief’s announcement stated that illegal immigrants who came to the U.S. prior to the age of 16 and who have not turned 30 will be granted immunity from deportation. In order to be eligible for this, the individual is required to have no criminal record, lived in the country for five years consecutively and have either graduated with a high school diploma/GED or served in the military.

And he isn’t going through Congress to try and get this policy change passed. He is doing it though an executive order. 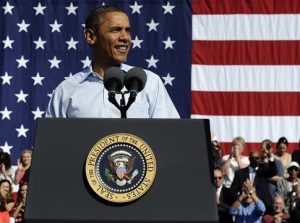 As with any major political move, controversy surrounds his decision. Some say it was a key move to make with less than 50 days until the election to try and sway last minute Latino voters while others say it was a violation of the Constitution (those people being political opponents of President Obama.) I think it was a great move to make whether it was politically-motivated or not.

The president had a fantastic point when he said this order applies to people who “study in our schools, play in our neighborhoods” and who “are Americans in their hearts, in their minds, in every single way except one — on paper.”

As a non-Hispanic white who has lived her whole life in Texas, I have met and been friends with many of these people. My two best friends are Hispanic. In fact, one of them had parents that emigrated here from El Salvador. Even though she is lucky enough to be legal, why should other Latinos and Latinas be denied the right to be an American because their parents weren’t able to gain American citizenship upon their arrival to the US? 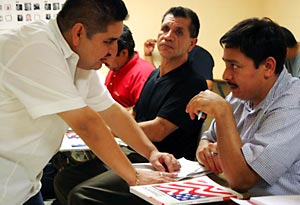 I am a firm believer in the fact that this country was built and will always be built by many different groups of people who ALL emigrated to this land at some point in their family history. My grandmother emigrated here from Italy in the 1950s: why is my story any different from a Hispanic teenager whose grandparents emigrated here from, for example, Mexico? She is no less American than I am. We both were raised here. We have pride in our family’s cultures, but that doesn’t make us any less American.

This same idea applies to young Latinos who were brought to this country when they were too young to make a choice, let alone apply for citizenship. Some of these children were too young to even remember the country they emigrated from. Why should they be punished for their parents’ decisions? Why should they be deported from the land they have grown up in and loved? 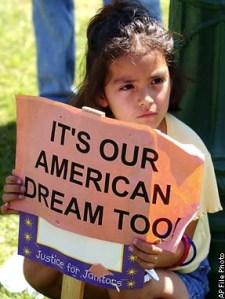 A young American Latina wants the rights to this country too. Source: Being Latino US

I don’t even want to hear the argument that allowing illegal immigrants to stay here will raise the crime rate or cause other negative consequences to the communities where they reside. The requirements in this order don’t allow just ANY illegal immigrant to stay here. They maintain a standard that calls for the people who want to be apart of this executive order to be responsible. Responsible citizens help society, not hurt it.

I am happy with the president’s decision to change his policy and make this executive order. We have seen how much gridlock exists in Washington D.C. nowadays and how no one is willing to compromise. We needed a move like this to propel the immigration issue forward rather than just sit around, twiddle our thumbs and just argue about it some more with no real solutions.

Check out the video of President Obama’s announcement here.